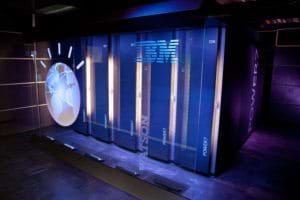 The United States Patent and Trademark Office grants intellectual property rights to people for all sorts of ideas.  Today IBM was awarded a patent for something that might look familiar.  Charles H. Duell, Commissioner of the US PTO in 1899, famously said “everything that can be invented has been invented.”  He obviously didn’t know about IBM’s claim to the idea of an out of the office email auto-responder.

If you have ever emailed a friend or coworker and then received a response stating that they are out of the office and will get back to you on Monday, you may have unknowingly been infringing on IBM’s intellectual property.  Today IBM was awarded a patent for the concept of an automatic email response that is automatically sent back to people attempting to contact a person that is out of the office.  The response consists of a start date, and end date, and a predetermined message.

IBM apparently applied for the patent back in 2010, but since their application out-of-office auto-responders are very basic functions included with almost all email systems and services.  The idea that every email system will not have to stop using auto-responders – or maybe even pay a few pennies to IBM for every email – is insane.  It is almost as insane as Apple’s patent of the rounded rectangle in 2012.

Before you get too worked up over the loss of your beloved auto-responders, enforcing an overly broad patent (like Apple’s rounded rectangles) is easier said than done.  In all likelihood the 7-year-old patent application was a decent idea at the time it was conceived, but has since become an afterthought.

In fact, IBM seems to realize that earning distinguished awards like Stupid Patent of the Month don’t make you look very smart.  The Watson AI suggested IBM let this one go, and that seems to be what they are doing.

The company announced that, in a gesture of benevolence, they will be dedicating this patent to the public.  Now all of the people of the Internet can have the peace of mind of knowing their after-hours auto-responders will flow freely.