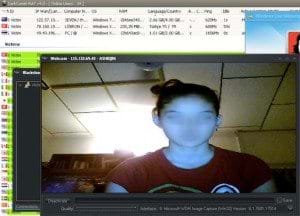 TheBlaze.com is reporting today about a new trend in virus infections that should make anyone with a camera in their laptop shudder.

The latest craze among script kiddies (people who have enough skill to implement the hacking of others but not to perform their own) is to infect a computer with a RAT (Root Access Trojan) and use that infection to record sound and images from your computer’s webcam.

Most of these infections get into your computer because a piece of third-party software is out of date like Adobe Flash or Java.  Once the Trojan is in your computer it disables the “recording” light on your webcam and then activates your webcam whenever the hacker wants to take a peek.

In fact, the story reports that an underground economy is sprouting up where these 21st century peeping toms can buy, sell, and trade their best illicit image captures.  If you have a computer with a webcam and an outdated version of Java, there could literally be a picture of you, taken in your own home, by your own camera circulating in these underground economies.

This is yet another example of why it is so critically important to take the individual security of each computer in your home seriously.  Install Norton 360 and then complete the protection by installing Secure Updater.

Secure Updater silently and automatically updates your computer’s common third part applications so you never have to worry whether or not you have the most recent version installed.

Having the most recent versions of software helps protect you from RAT attacks and other harmful software.

Schrock Innovations is giving away free subscriptions to Secure Updater!