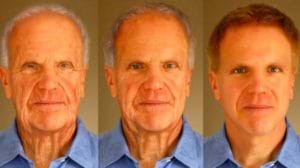 Most of our radio shows and TV segments are focused on computers and computer related news. But we couldn’t ignore a pill entering human trials that reverses aging!

We were surprised to learn that this pill is the real deal and has been under development for years by Professor David Sinclair, founder of the Sinclair Lab at Harvard Medical School.  This wonder pill works so well that it completely reverses aging in a mouse trial in just a week.

The new drug is entering human trials this year.  If those go well, it is expected the drug will be commercially available in 3-5 years.

How Does the Pill Work?

Professor Sinclair’s research identified a chemical called NAD+ that is responsible for signalling damaged DNA to repair its self.  NAD+ is naturally occurring in every organism, but its production declines with age.  When we diet and exercise NAD+ levels increase slightly.

However, by boosting NAD+ levels in mice Sinclair and his lab were able to completely reverse that again in a matter of a week.

The simplicity of the NAD+ pill is that it  just turns on our bodies natural abilities.  DNA has the ability to repair damage done over time through mutation, radiation, or basically just old age.  Because the pill is not doing the heavy lifting, the side effects of the treatment are non-existent.

NASA is expressing intense interest in Sinclair’s research because it would solve one of the biggest problems facing humans in long term space voyages like going to Mars.

Radiation is such a severe threat to inter-planetary travel that a human that leaves on a flight to Mars is almost guaranteed to develop a cancer while en-route to the red planet.

Professor Sinclair’s NAD+ pill might allow our own DNA to fix these radiation-caused mutations.  That means humans can spend longer amounts of time in space without suffering the long-term medical consequences from damaged DNA.

Ethics, technology and you.

Cart
$0.00 / 0 items
0
0
We are taking measures in our service centers to protect the health of our customers and staff during the Covid-19 pandemic.
With a record number of people working from home, we have a unique social responsibility to ensure your technology continues to perform when you need it most.
We are open and we are here to keep your technology working for you.
+